Heading to a Wedding? Think FAITHFUL, LOYAL, AND TRUE!

It’s wedding season!  Ben and I are preparing to attend our first (but not last!) wedding of the season this evening.  As many of you know, we got married four years ago now at the tasting room on Red Mountain (no…sadly we do not host weddings there. Charlie made an extra special exception for me!).  As my uncle pointed out in a speech, it was so fitting to have the tables filled with Fidelitas wine because the name translates to faithful, loyal, and true.  Something we definitely focus on in a marriage.

So, this evening, we’ll be bringing a set of Fidelitas wines as a gift for the bride and groom.  One of my favorite gifts is to share a bottle that will be excellent on their one year anniversary, and another for their five (or 10!) year anniversary.  Another great gift is a membership to the Wine Club.  This is especially awesome for couples who may want to take advantage of tastings and events as newlyweds.  It’s a good introduction to the wines, along with quarterly reminders of their wedding day and gifts received.

Congratulations to all who are getting married this year or celebrating any momentous occasion with loved ones!

Wine Picks for Food on the Grill

The Fourth of July has always been one of my favorite holidays.  It involves friends, food, and in Seattle, the start of summer weather…usually.  We are fortunate enough to live near one of the many vistas around the city where you can catch a glimpse of the fireworks.  It’s become a tradition to invite friends to join us in the afternoon for a backyard barbeque (although many years that means dodging raindrops while huddling around the Weber) and then trot over to the park with sparklers for the show.

As I prepare my menu for this Friday, I am reminded that grilling and backyard picnics are so often associated with beer or funny cocktails.  But I’m a wine lover, and believe that it is an awesome pairing as well.  My top picks for barbeque festivities?

Semillon.  Especially this current vintage of 2013 Klipsun Vineyard Semillon.  For those of you who may be in warmer areas than Seattle, this is a great warm weather cooler with bright fruit and lively acids.  However, there is also a subtle fattiness to it that rounds out the wine.   The Semillon is perfect with your potato salad and grilled chicken dishes.  It’s also a pretty perfect pairing with corn on the cob.

Malbec.  Malbec is a great barbeque wine, and I might be biased, but I swear that the Fidelitas Malbec is the BEST barbeque wine.  The tannins are in check and the plummy, spicy notes just mimic anything you pull off the grill.  I know that a few of our staff members think that the Malbec is awesome with ribs.  I personally vote for grilled sausage.  This wine is also going to be great with anything that involves grilled veggies, especially peppers and onions…maybe even an earthy quinoa black bean salad?

Cabernet Franc.  Looking for something a little bit special to share with friends this week?  Been wanting an excuse to open that sold out bottle of Ciel du Cheval Cabernet Franc?  Here you go.  Cab Franc is another great cookout wine because of those subtle tannins, peppery tones, and slightly smoky note.  This is the wine that is going to be awesome with your burgers, or honestly, just with really good potato chips.

I’ll definitely have a few bottles on the table later this week and hope you might sneak one in to the world of beer as well.  Have a fun and safe Fourth!

All In on Red Mountain 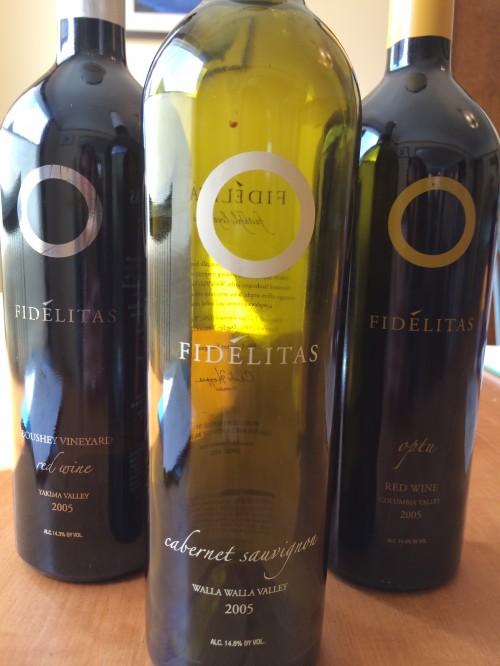