This year we listened to our members and are delivering on our promise! 2018 has some changes in store including members now having the ability to choose what they would like as their allocation from our newest and most limited releases. Finally!

With all the great wine being released its nice to be able to personally select what you want in your cellar. Who doesn’t like being able to call the shots? We understand it can be a little difficult to choose the 4 bottles you want without being able to try them first. Here comes the second change to 2018! We just hosted our first (of two) Preview Tastings this past weekend. At this event, our Optu members were able to taste the wines before they are even released, so they can make a more educated decision for their allocation. Below are the wines we tasted this past weekend that are set to be released in the first half of the year.

*with only 144 cases produced and more members than bottles, we saved this wine so we could allocate it instead of pour it

If you are currently an Optu member and weren’t able to make it, don’t fear! Our second Preview Tasting will be hosted in July. Now is the perfect time to join if you aren’t already part of the Fidelitas family. One easy step and you can get in on our first release of the year happening in just one week. 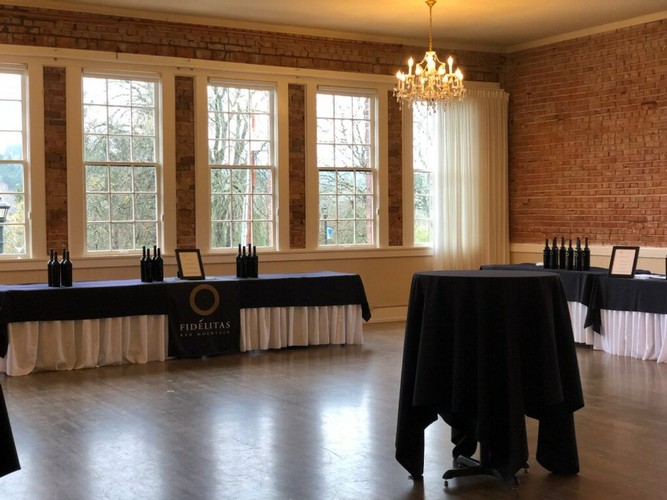 Red Wine can be Healthy + The Articles to Prove it

As usual, resolutions are an ongoing thing this time of year. If you’re anything like me, you are still trying to hold yourself accountable (at least for another month) and make this year…the best one yet! I think I speak for most of us when I say, “being healthier” is always at the top of the resolution list. And being as I’m an avid lover of wine it always makes it difficult to find the balance between being healthy and still enjoying a glass of wine (or two) during the evening. 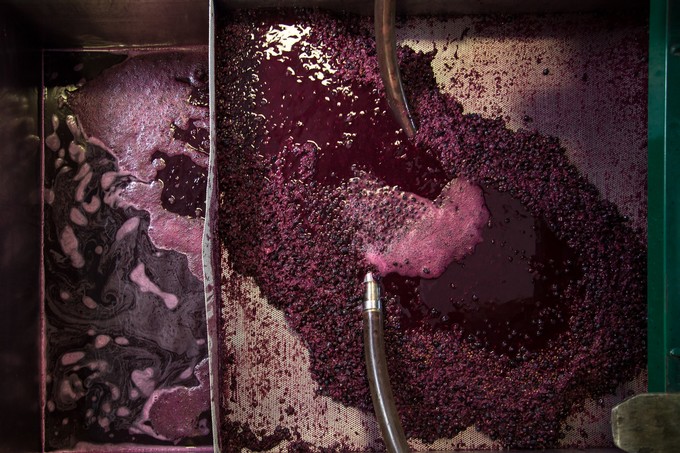 Fear not, our Faithful, loyal and true readers! I’ve put together a list of articles that supports the theory of the health benefits that wine has to offer us. I do encourage you all to keep up with those resolutions, since we are still in January, despite the unusually warmer weather we’ve been having. Take a look  at these great links, if for nothing more than reassurance that it’s perfectly acceptable to enjoy wine while living and creating a healthier lifestyle this time of year.

Is Wine Good For You? - Wine Folly

Benefits of Red Wine for the Heart, Body and Mind - Dr. Axe

And if you're still skeptical, we have some great receipe links for heatlhy meals that pair well with wine. My personal favorite is to eat a nice portion of protien and lots of roasted veggies. I generally pair this with our 2016 Red Mountain Optu White Wine or a lighter bodied red. The next great option is a turkey chili with a glass of our 2015 Red Mountain Malbec. It's protien, veggies, and did I mention super comforting this time of year, given as we're all trapped inside.

When you first pop open one of our 2015 Red releases you may notice something a little different about the cork.  We’ve switched from our traditionally used “bleached” cork (pictured on the left) to a more natural wash (right).  As some of the industry is switching to screwcaps, synthetics, and other ways to seal off their bottles, we’ve taken a step back to a more classic look. 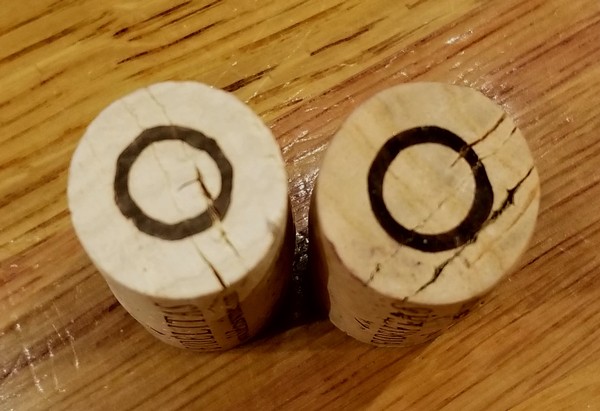 While taking a step back on appearance, we’ve made a simultaneous technological leap forward on performance.  Chances are if you’ve been drinking Fidélitas long enough you’ve heard our mantra of being Faithful to Bordeaux grape varieties, Loyal to modern craft winemaking techniques, and True to Washington State's Red Mountain terroir.  The switch to Portocork’s new Icon Certified closures is the perfect example of our dedication to modern craft winemaking, and as my dad put it: “a step closer in delivering the perfect bottle of wine.”  We pride ourselves in not being tied to tradition and switching if something comes along that will help us make better wine.

Charlie's trip to the cork capital of the world: Portugal 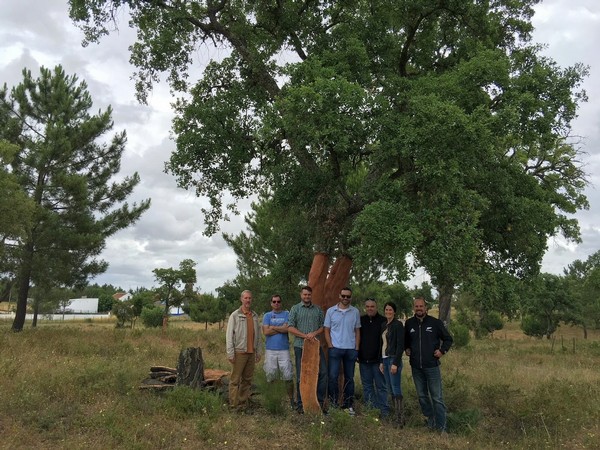 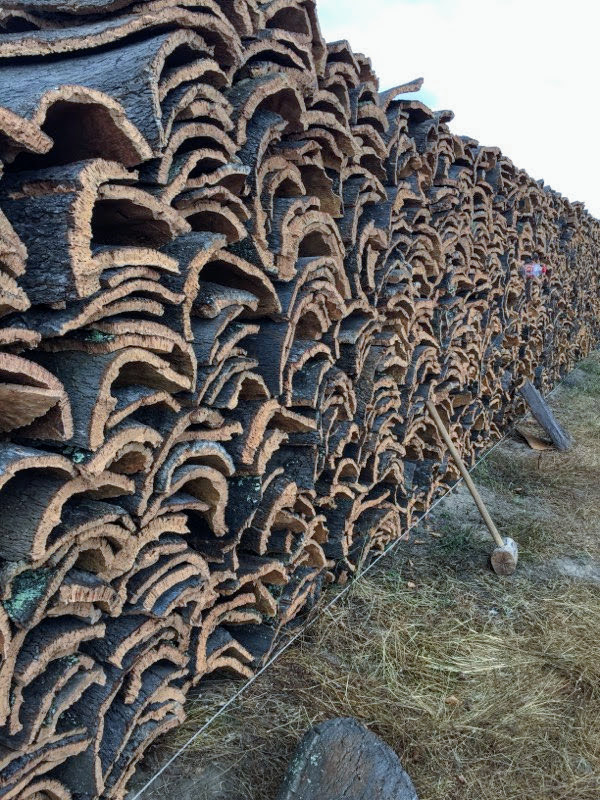 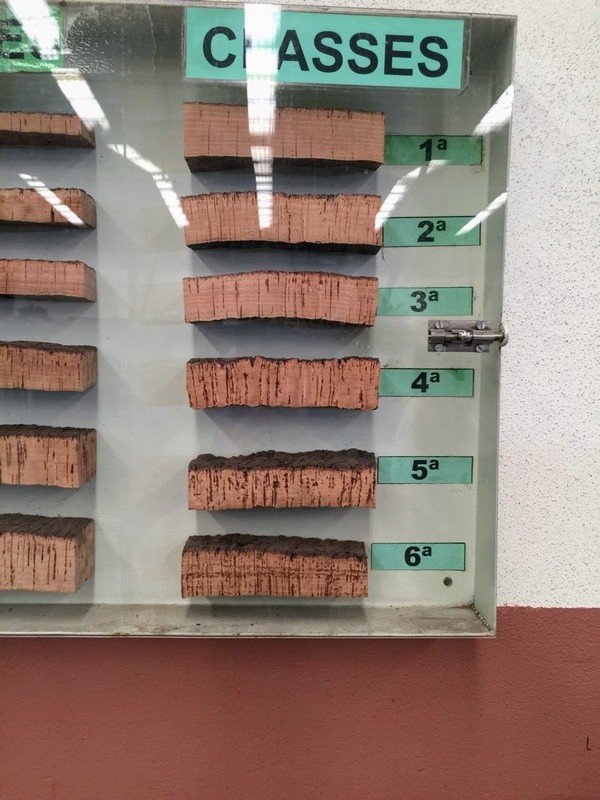 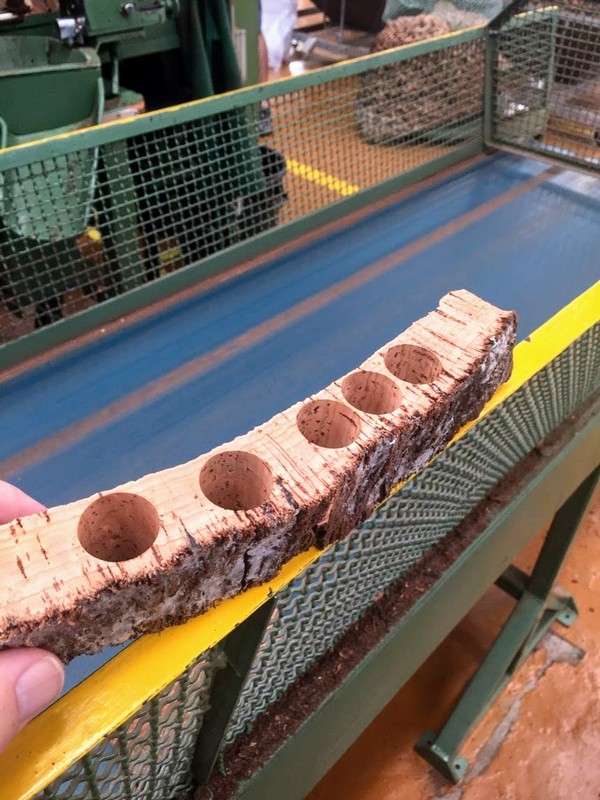 Natural corks have been the choice of winemakers for centuries due to their ability to let in just the right amount of oxygen allowing wine to age properly (info on diffusion vs. permeation).  Problems with natural cork material causing the switch to the other types of closures is 1) the chemical compound 2,4,6 Trichloroanisole (TCA) may be present causing cork taint – the unpleasant wet cardboard or musty basement smell we’ve all experienced or 2) inconsistent density – a good example of this is opening an older bottle of wine which should be aged perfectly, however you pull out a squishy cork, too much oxygen has been let through, and the wine is prematurely past its prime.

Thanks to advancements by our supplying partner, Portocork, we have put these natural cork problems in the past.  Their NDtech screening method along with other quality controls “effectively eliminates the risk of cork taint” by getting rid of any corks that have TCA content above the human detection threshold of 0.5 nanograms/liter + each cork density is tested for consistency in aging.

Hopefully you'll stop to appreciate all the work that went in to something as simple-looking as a wine cork the next time you open up a bottle of Fidélitas.

Cheers to the pursuit of Red Mountain Wine perfection,

Our Restock the Cellar promotion came about some years ago after realizing our personal wine stash took a big hit after holiday entertaining. Assuming your collection might be looking a little bit bare too, we’re offering some of our favorite blends at the best deal that you’ll be able to get them all year.

while inventory lasts!  only 20 cases remain of the 'wine that started it all'