And just like that, it's November. I've been getting happily settled into my fall routine and my favorite part has been making a warm, belly filling dinner, opening a bottle of red, and finding my place on the couch to watch my favorite shows. Have you seen "This Is Us" yet?? My new favorite! Here are five fall weeknight pairings that have been a hit at my house:

Show: This Is Us on NBC

Show: The Walking Dead on AMC

Dinner: Tagliatelle with Mushrooms and Sausage

Show: Grace and Frankie on Netflix

Charlie and I attended the Auction of Washington Wines back in late August.  In the midst of the nervous and excited attendees and bidders, was an even more nervous and excited group of individuals: the Washington winemakers.  Cell phones in hand, they were arranging trucking, and cellar space, and barrels for the first of the crop to arrive.  Not even a full week later, we had Sauvignon Blanc from Klipsun Vineyard in the cellar.  Harvest 2016 was fast and furious, and providing high yields of quality fruit, and now that we’re on the other side, we might even consider it fun. 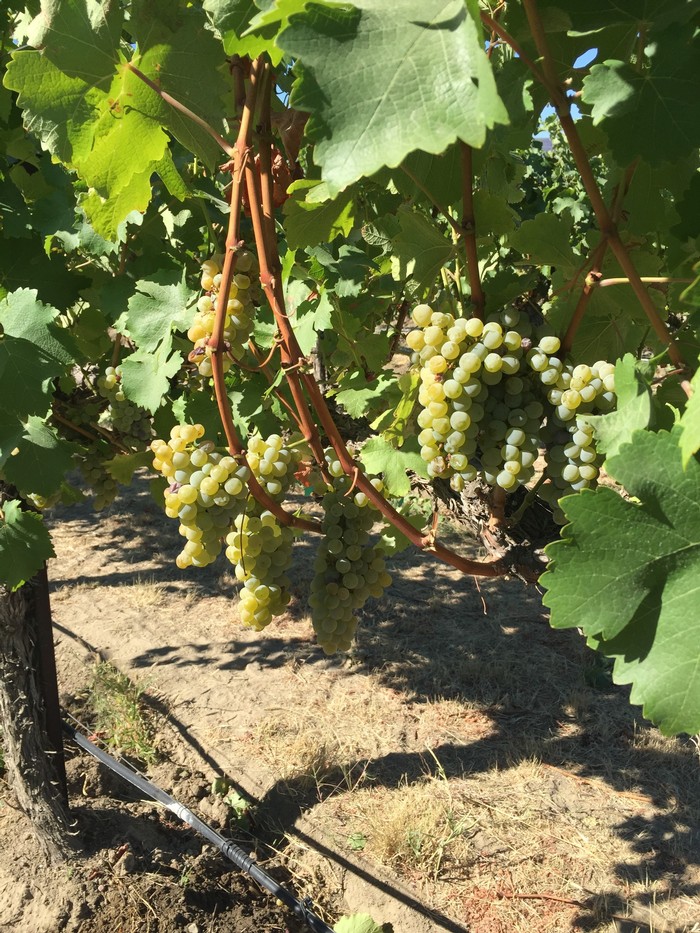 August 24, 2016: Sauvignon Blanc is picked from Klipsun Vineyard. We love the lower elevation and proximity of this vineyard site, which helps to maintain crisp acidity in a warm growing region. This vintage, the Sauvignon Blanc is being aged in French oak barrels specifically designed for Bordeaux-style white wines.

August 29, 2016: by the end of August, we had brought in Merlot from Quintessence Vineyard and Red Heaven Vineyard.  Charlie even sourced a bit of Cabernet Sauvignon from some specific sites before Labor Day. 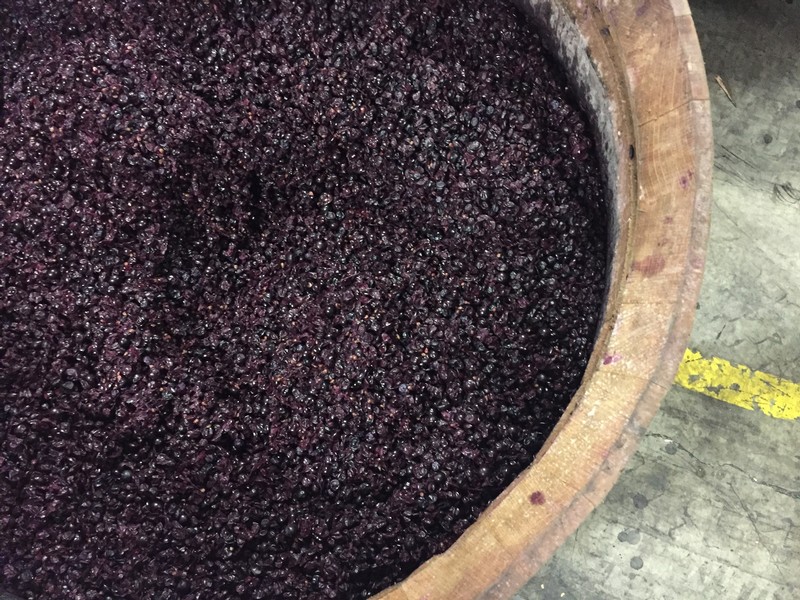 September 10, 2016: Quintessence Vineyard Merlot gets some time in our open top wood fermenters.  Charlie keeps me on my toes, trying new methods each year. “It’s possible our best wines are still yet to come,” he tells me from time to time. We’ll see, Charlie. 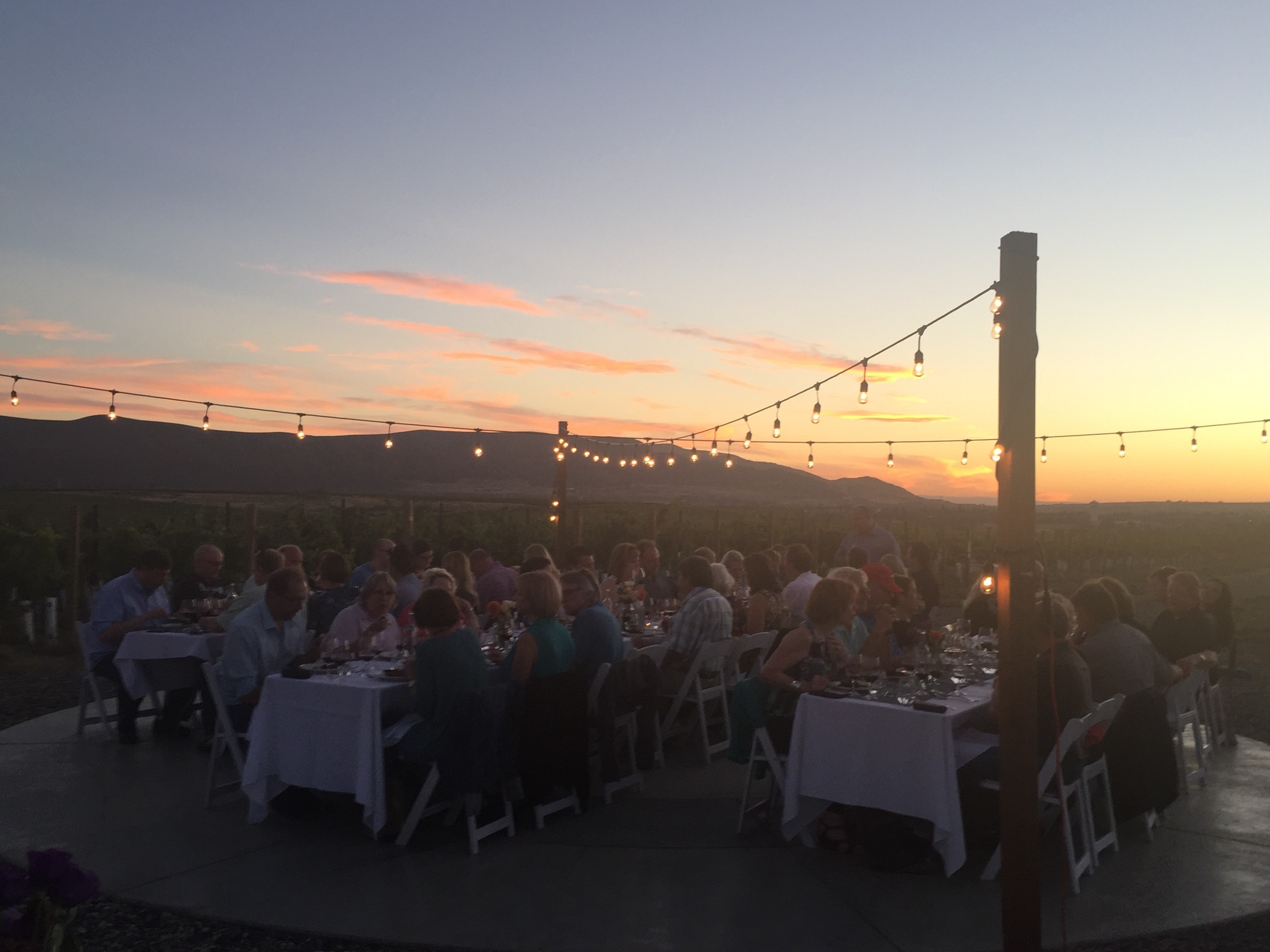 September 10, 2016: We host 50 of our closest friends in the Fidelitas Estate Dinner.  Probably one of the most lovely evenings I’ve spent on Red Mountain. 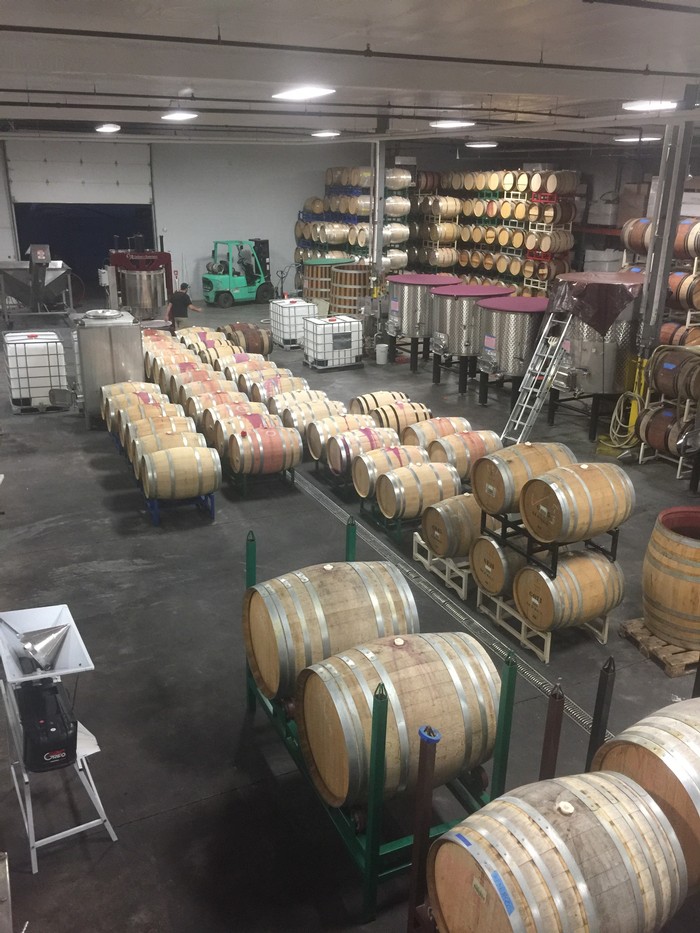 September 13, 2016: In some ways, I wish I could just share screen shots of my texts with Charlie during harvest.  After he sent me this picture, I ask “Oh! Is the cellar full?”  His reply (an hour later) “It’s been full. Second round on all the tanks.” Sorry for asking, Charlie.  Keep up the good work. 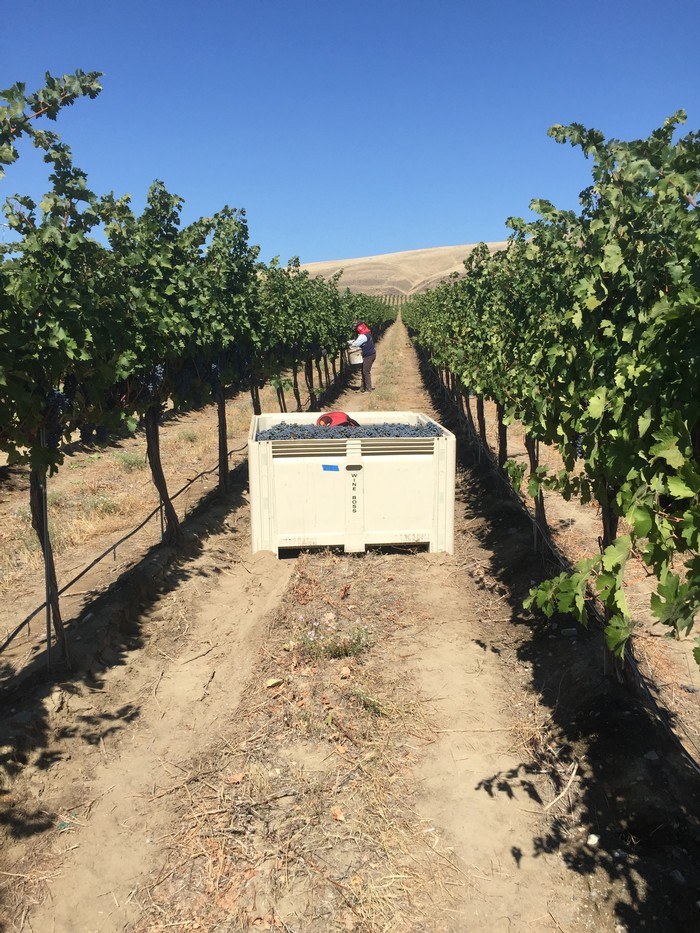 September 16, 2016: Cabernet Sauvignon, Clone 169, is picked in Quintessence Vineyard.  Charlie, feeling funny, tells me that Brown Mountain can be seen in the distance. 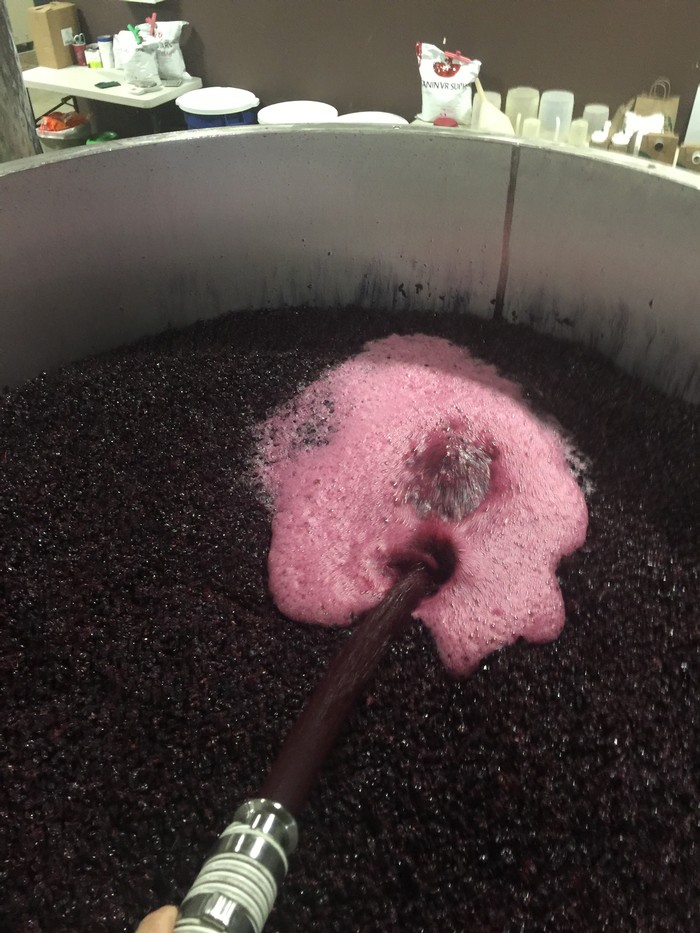 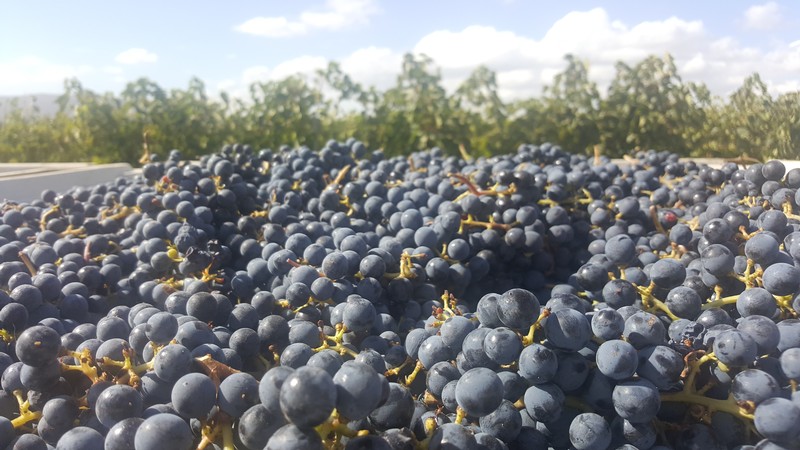 October 1, 2016: Cabernet Sauvignon is picked in Ciel du Cheval Vineyard.  These are some of the most established vines in the Red Mountain AVA 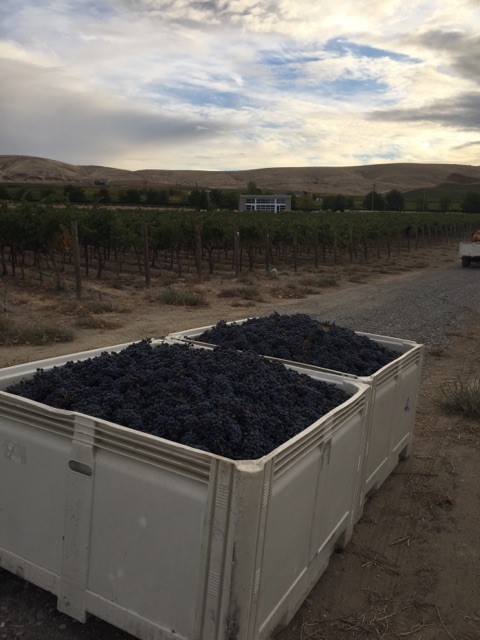 October 4, 2016: Cabernet Sauvignon is picked from our own Estate Vineyard.  This is several weeks later than last year, and nearly 5 weeks later than the first Cabernet to come off of Red Mountain. People question me on how such a small AVA can produce different fruit.  Well, if it ripens 5 weeks apart from each other, that is a huge indicator. Slope, aspect, elevation, and so many other factors are going to have a giant impact on the final profile of the wine. 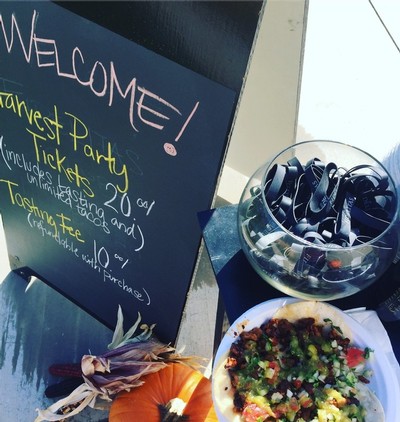 October 22, 2016: We kick up our heels with the Harvest Party. The fruit is off the vines, and most of it is tucked away in the barrels where it will spend the next couple of years.  Tacos and red wine are enjoyed by all! 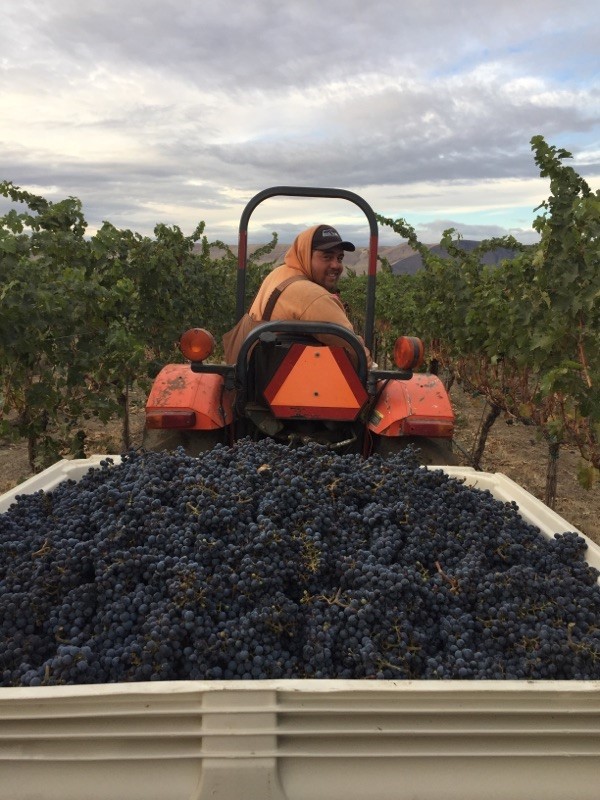 Team Fidelitas decided we would head from Red Mountain to Walla Walla in mid-September. As Jess would put it, “we wanted to see what all the fuss was about.”  Everyone came to the same conclusion. Fantastic wines and fantastic people. The great thing about the wine industry in Washington is that we are all friends, even if we have never met. Each winery greeted us with open arms and delicious vino. And that is what helped make our experience in Walla Walla so memorable. It was my first time and will certainly not be my last.

Here is a peak into our three-day itinerary.

If you are planning a trip to wine country look no further! From Yakima Valley to Red Mountain to Walla Walla, we have you covered. Just reach out. We will give you some great recommendations. 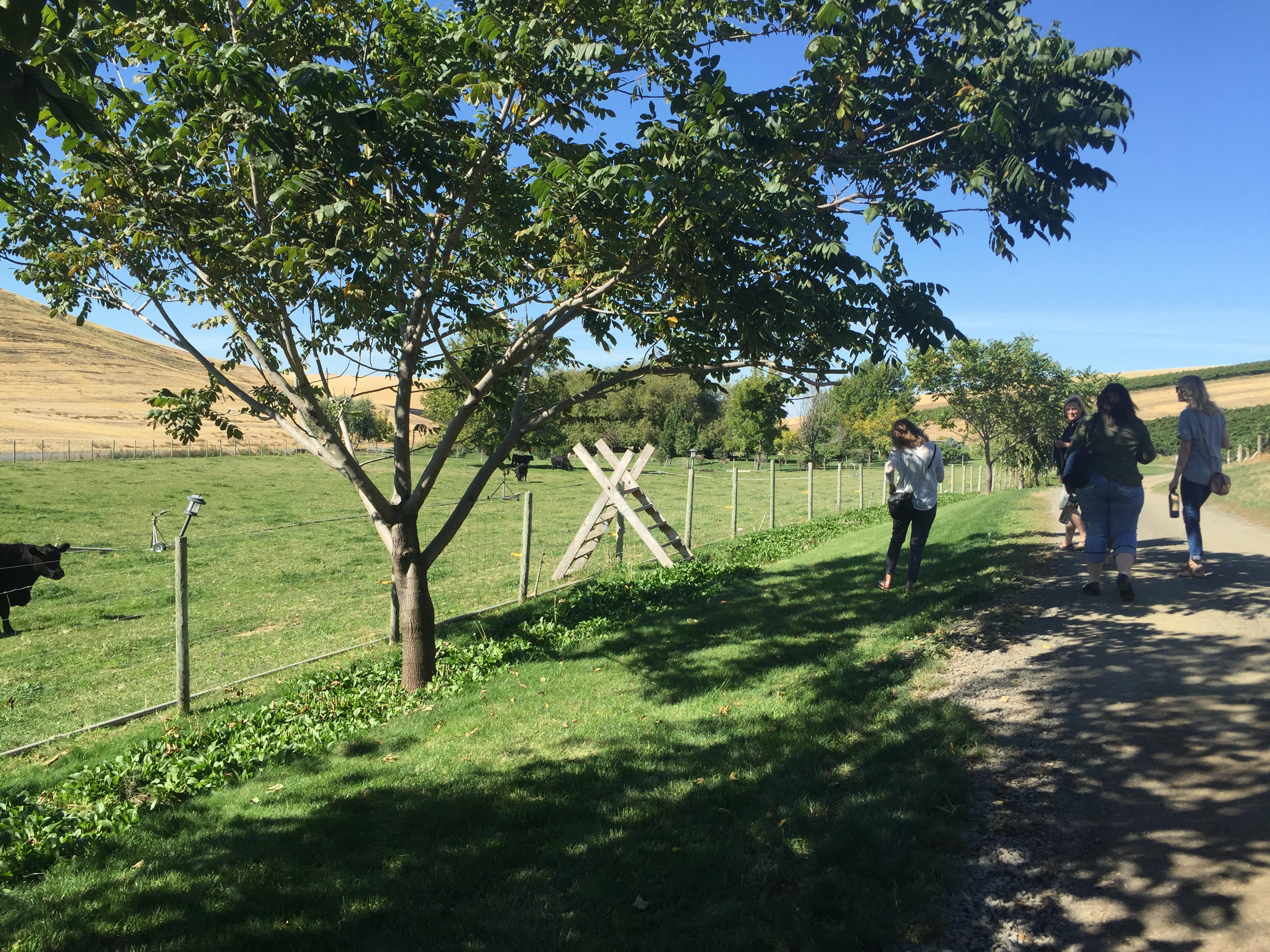 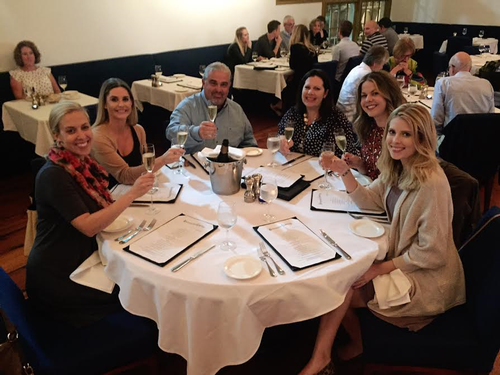 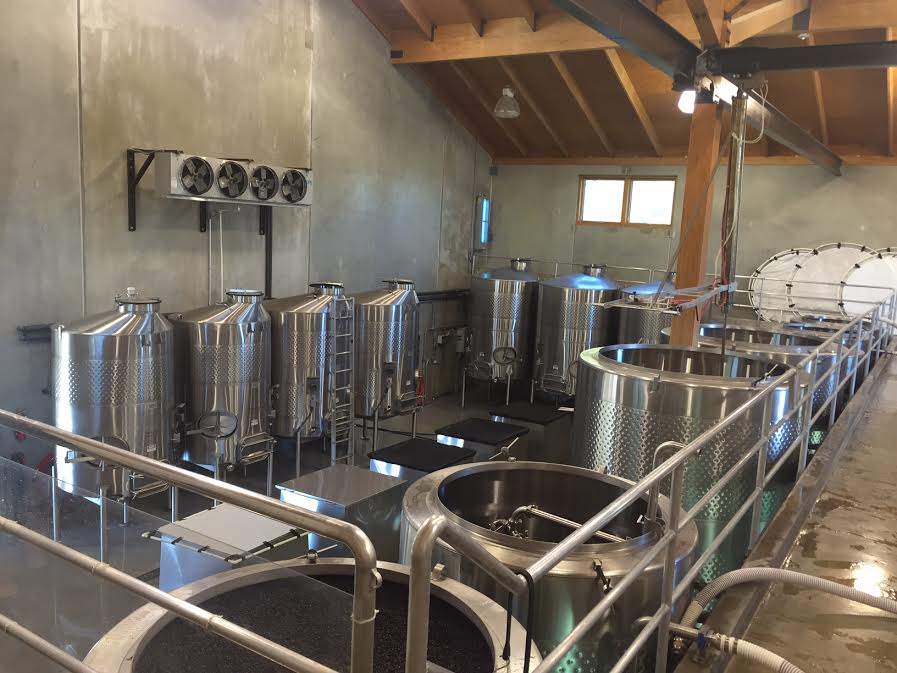 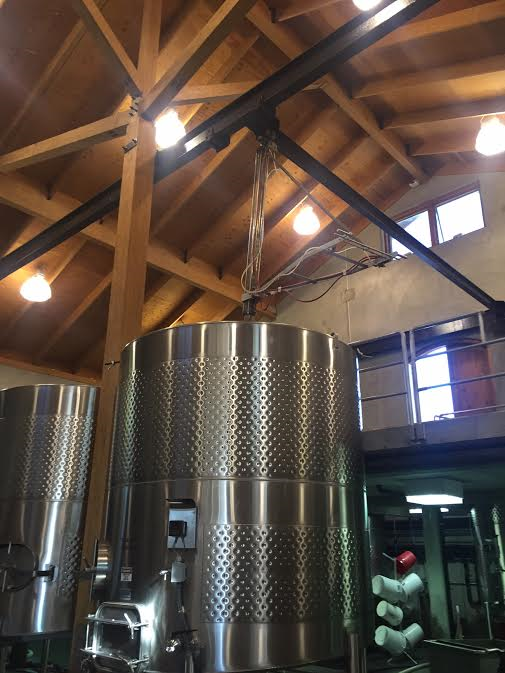 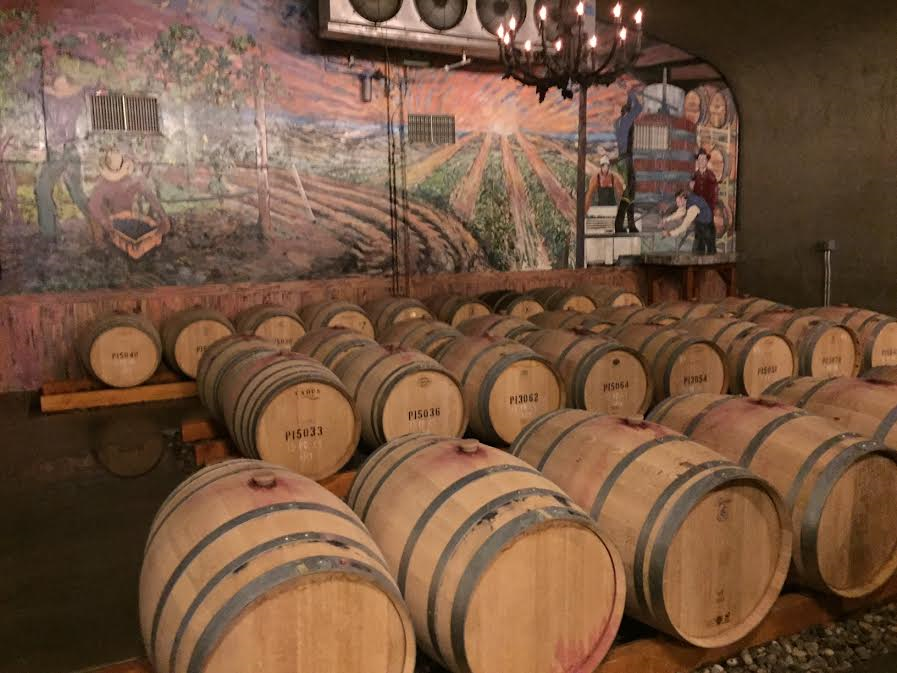 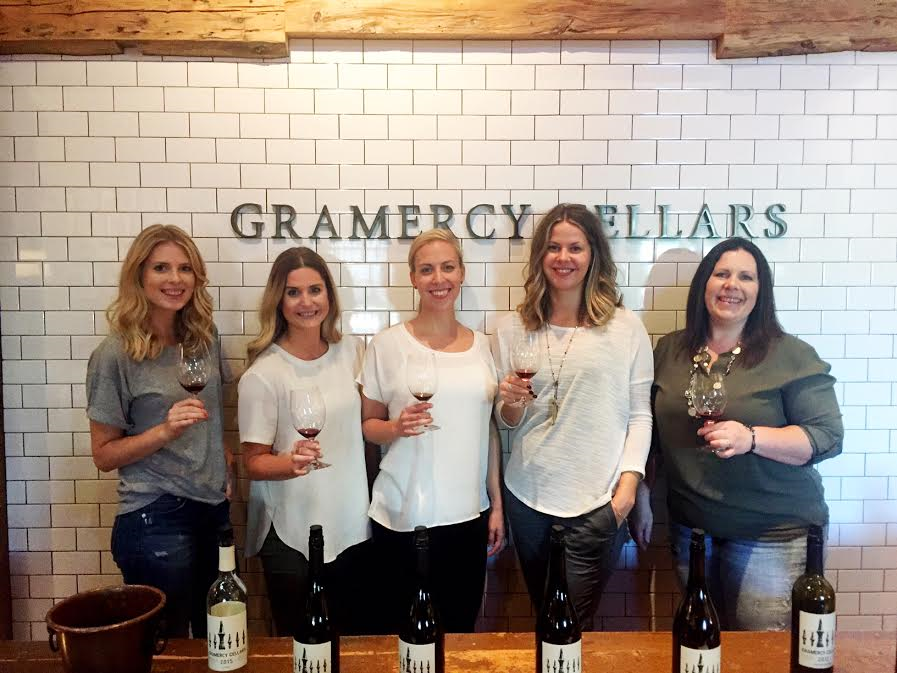 I love Fall!  There is a certain crispness to the air and all the leaves are magically turning beautiful shades of orange, yellow and fiery red. Our Estate vineyard has even begun its transformation, from vibrant green to earthy browns. 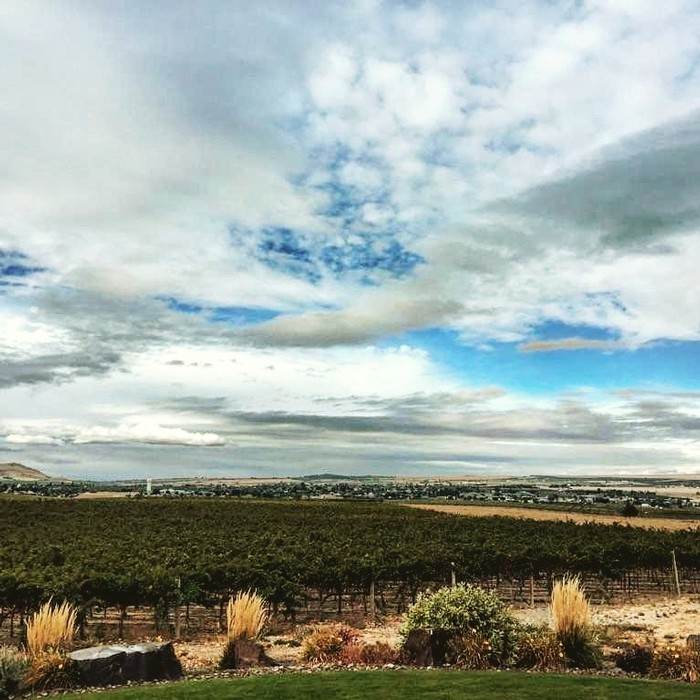 Fall is a time when we begin to move indoors and think of warm fires and hearty, satisfying meals.  It’s also a segue into the holiday entertaining season, one that is usually filled with family and friends and lots of get togethers.  The appetizer below is a fantastic one to bring to a party – it takes hardly any time to prepare and is warm and ready in under 15 minutes.  The topping includes our Product Spotlight for October, the 2013 Red Mountain Malbec, but honestly, any of our red wines would be amazing.  Warm brie, red wine and crostini, what could be better? 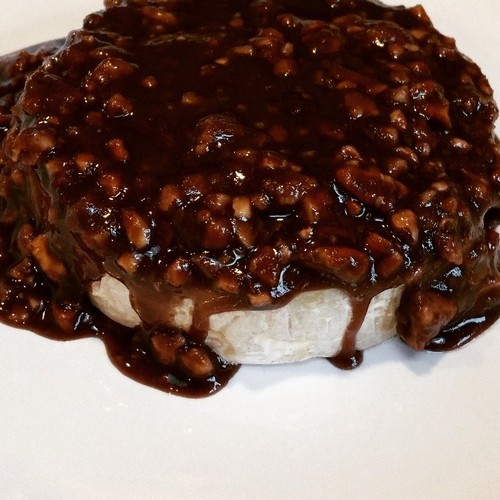 Preheat oven to 425.  Mix the brown sugar and pecans and slowly drizzle in the wine.  Mix until a thick paste forms. You may need to add or reduce the amount of wine.  Topping will keep in an air tight container for 2-3 weeks.

Slice the top off of the Brie as close to the rind as possible.  Spray an oven safe serving dish with non-stick spray.  Place Brie in pan and bake for 6-7 minutes or until warm.  Add ¼ to ½ cup of topping and bake for an additional 2-3 minutes until bubbly.  Serve with crostini.